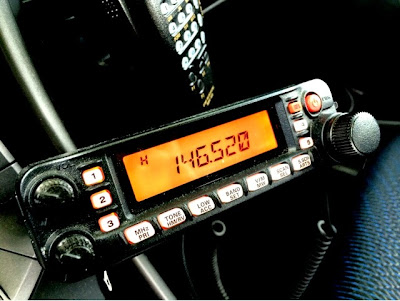 Before things get out of hand, I have to be honest: I don't actually have 146.52 reasons for monitoring simplex prepared.  Still, there are plenty of reasons, so I hope you'll stick around.

As I'm sure you are aware the Dayton Hamvention was last weekend and I attended it with my father, W2PJM. We had a lot of fun, but I can honestly say that one of the best parts was the ride there. We left NJ early on Thursday morning and monitored 146.52 the whole trip. After a few hours of quiet, some chatter broke through the squelch and we began to hear other Hams moving in the same direction. Before we knew it, we were chatting it up on simplex.

I make a point of monitoring 146.52 whenever I drive. It's a habit that my first Elmer W6LSW instilled in me. Around home, I almost never hear anyone on simplex. I put out a call occasionally, but I'm rarely met with a response, but I still monitor it with dogmatic fervor. Why? I'm so glad you asked.

It's an Easy Way to Meet New People and Get Information

How many times have you been riding down the highway when a car that resembles an AWACS flys by in the fast lane? Don't you want to know how he or she can fit that many antennas on a car. Wouldn't you like to see a picture of the dashboard of such an aerial-laden vehicle? Well, if you were both monitoring 146.52, you'd have the answers to you questions.

Let's explore another scenario: You are driving through a new or unfamiliar area and you forgot to program your mobile for the local repeaters. You scan and can hear them, but you cannot remember how to use that nifty CTCSS code scan function the salesman convinced you was worth an extra $100. If you jumped on 146.52 and there were other Hams monitoring (or at least scanning it), you could have an answer.

Arguably, the best thing about Morse Code is that it is ubiquitous. Any Ham that learns the code, quickly redoubles his/her reach in the amateur community. It simplicity and consistency lend the code to being a Ham Standard. Even Hams that don't know the code, know what it sounds like and can probably pound out a few letters--even if it's just S.O.S.). The same goes for 146.52. If every Ham in the world (or at least the USA) took the time to monitor and make calls on simplex, there would be a more universal feel to the VHF allocation rather than tiny little cells and haunts or local repeater groups.

Except in cases of dramatic tropospheric ducting, VHF signal are regulated to reasonably short-range communication. This is not the case with a repeater. With the advent of linking and internet connectivity, you might ask for help on a repeater and be talking to someone that is at the farthest conceivable geographical point from you or they may even be floating above you in an orbiting space vehicle.

Generally speaking, if you can work someone on VHF simplex with a mobile rig (35w or so) or HT (5w or less), they are close enough to help you out in a pinch. So, if you happen to run out of gas, get a flat tire, or find yourself navigating the aftermath of a natural disaster, being able to raise a like-minded Ham on 146.52 could prove very helpful.

The problem is, most Hams don't monitor VHF simplex anymore. Why? Who knows? The most reasonable argument I have heard is, "No one is ever there." While overstated, it isn't far from the truth. The point is, unless a large chunk of us start to monitor and use the frequency, it will be continue to be silent and worthless.

The solution is simple. Tune into 146.52 simplex whenever you can. Announce your call and see if anyone responds. If you hear another, return the call. Program the channel into your scan lists too. You can still spend time working your buddies on the repeater, but why not try and contact them simplex; whether it's on 146.52 or some other frequency. And, if you ever see my little black coupe rolling down the highway, give WE2F a call, I'll be listening. What about you?
Posted by Matt Maszczak at 11:34 AM 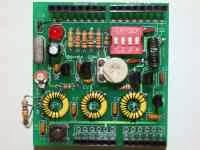